What You Need to Know About Immigration Today 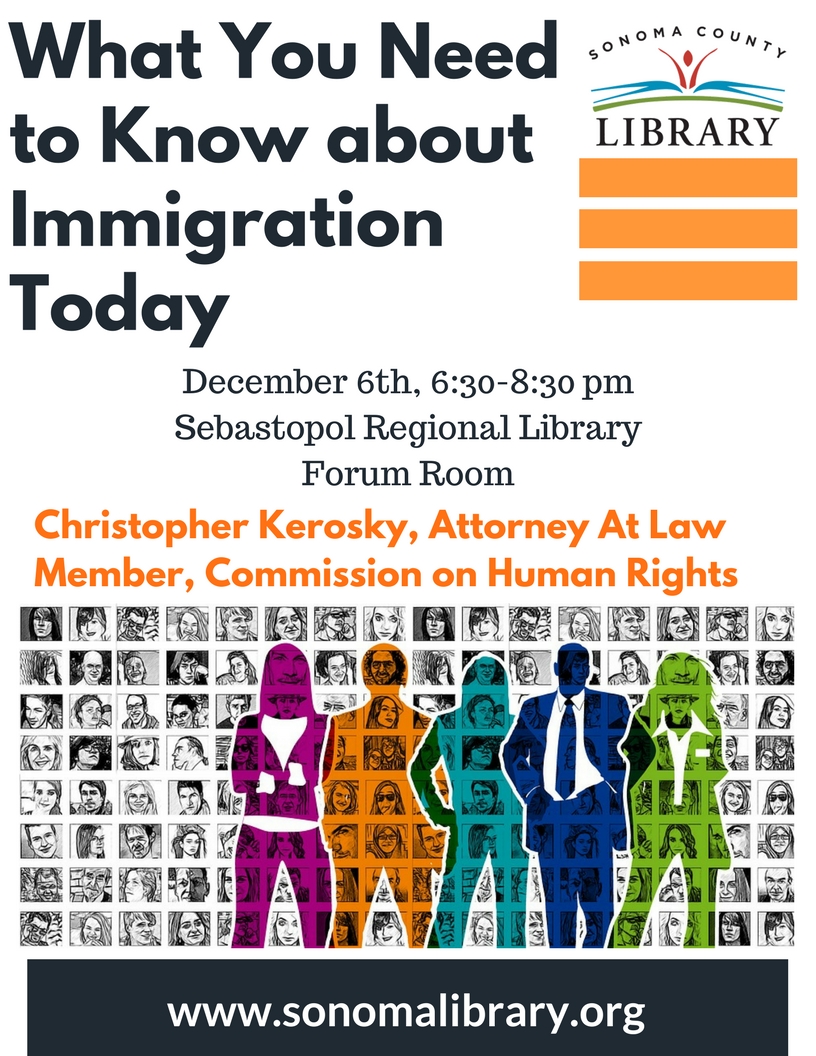 Free Community Event: What you need to know about Immigration Today, presented by Christopher Kerosky (Immigration Attorney and Member of the Commission on Human Rights). Spread the word and join us on December 6, 6:30-8:30 at the Sebastopol Regional Library.

Christopher A. Kerosky graduated from the University of California Berkeley (Boalt Hall) Law School and was the former counsel of U.S. Department of Justice in Washington DC. He has practiced Immigration Law for over 25 years. Since 2004 he has served as Honorary Consul for Poland and a member of the Consular Corps in San Francisco. For the last 8 years, “SuperLawyers” magazine named him one of the top lawyers in Northern California and one of the top corporate counsel for immigration matters (see www.superlawyers.com). He also serves as a Member of the Human Rights Commission for Sonoma County, appointed by the County Board of Supervisors. Christopher speaks English, Spanish and Polish fluently and conversational Russian and French.
Join us!