TED Talk: My Descent into America’s Neo-Nazi Movement and How I Got Out 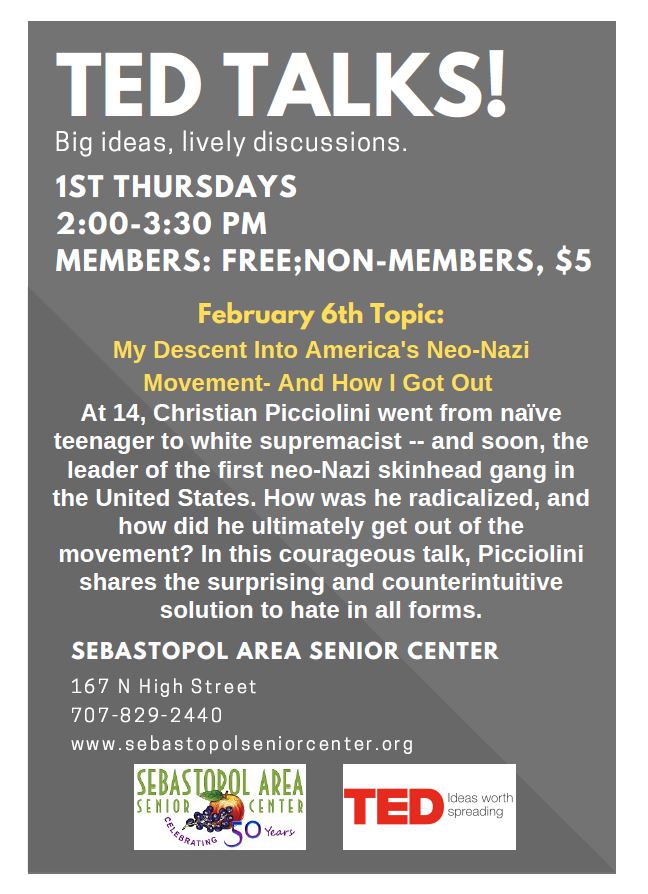 At 14, Christian Picciolini went from naive teenager to white supremacist. How was he radicalized and how did he ultimately get out of the movement?

This group meets once a month on the first Thursday and watches pre-selected TED Talks on the big screen, with a facilitated discussion to follow.

Open to anyone who enjoys TED Talks, lively discussions, and big ideas!

About the facilitator: Dr. Jon Jackson is a retired psychiatrist with long-standing interests in neuroscience, literature, the arts, music,radio programs and film making, to list a few. He currently lives in Sebastopol where he holds monthly depth psychology and film discussion groups.Twice a month, he also does a one-hour music program on KOWS radio. In his spare time, he writes poetry, spends time with friends, and works outside in his yard.