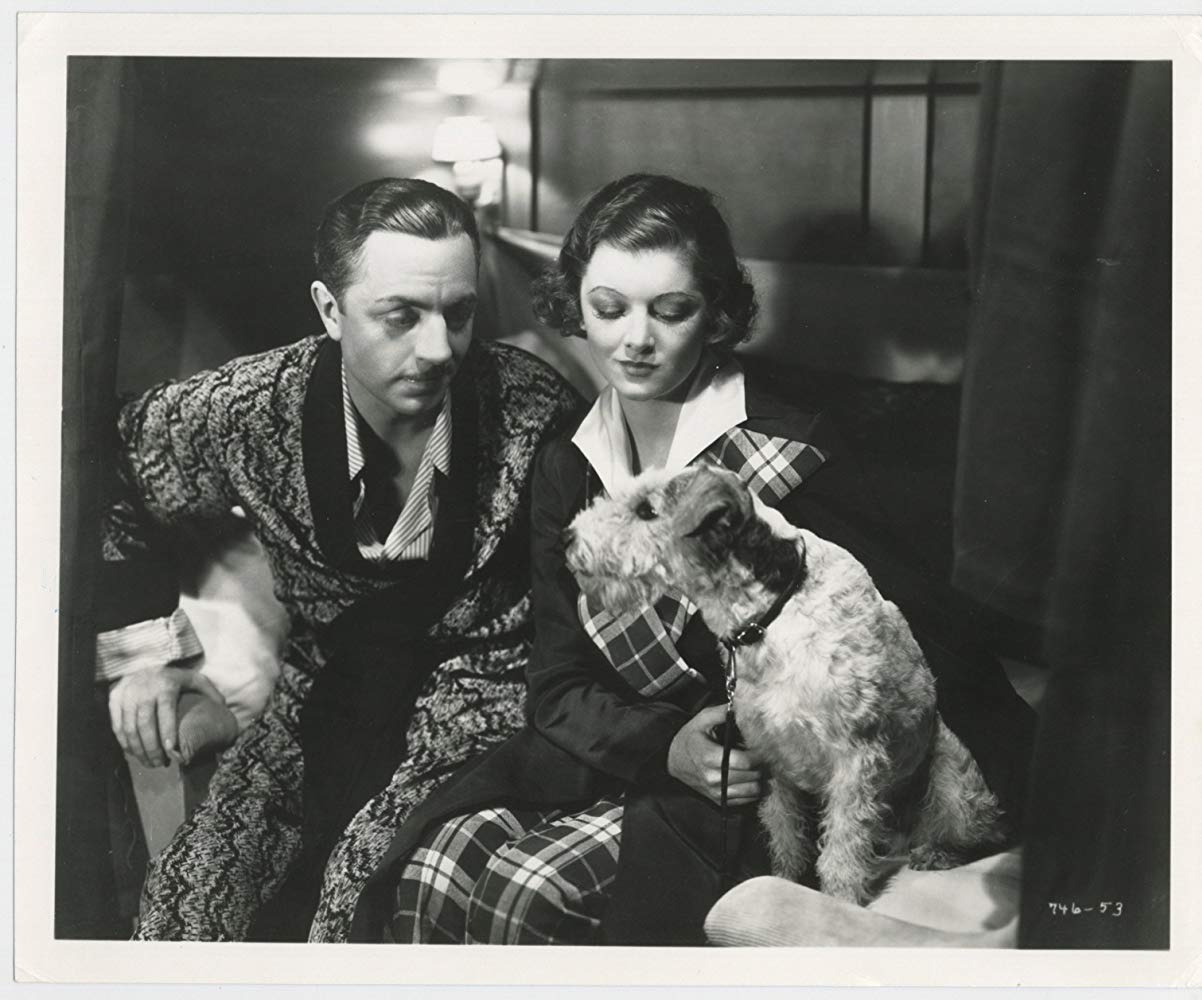 If you like murder mysteries, cocktail shakers, snappy repartee, and satin gowns with plunging backs, then you’ll enjoy this comedy/drama that’s one of Hollywood’s quintessential pre-Code movies. The Thin Man is based on the Dashiell Hammett book and features William Powell and Myrna Loy as Nick and Nora Charles in the first movie from the popular series of six.

Former detective and lush, Nick, and his new heiress wife, Nora, travel from San Francisco to New York to spend the Christmas holidays. While mixing it up with friends, the daughter (Maureen O’Sullivan) of an old acquaintance presses Nick to locate her father who has mysteriously disappeared on a planned trip, and is also a suspect in the death of his former secretary.

Nick (and annoyingly present Nora) solve the mystery and the movie climaxes when the murderer is announced at a classic dinner party scene with all of the suspects in attendance.

The credits for this black and white classic include:

Please read the details and register for the event.