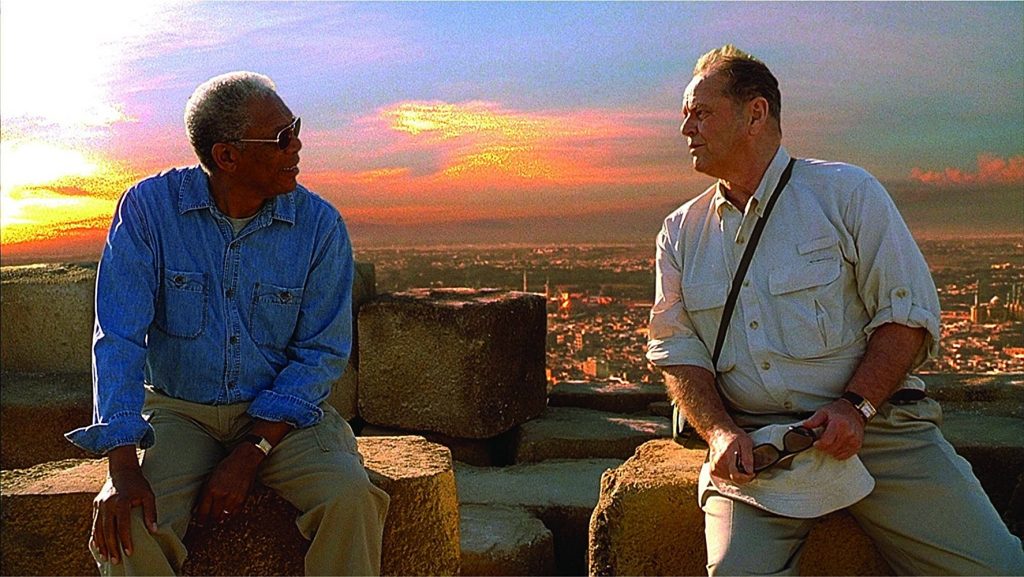 Come watch the film, and join a lively discussion afterward, led by Jerrigrace Lyons of Final Passages, a leader in the conscious dying and home funeral movement.

Our June film is The Bucket List starring Jack Nicholson and Morgan Freeman.

A fun and uplifting movie about death and buddies.

Curmudgeon Edward Cole (Jack Nicholson) is a wealthy hospital owner who firmly believes that he’s running infirmaries instead of health spas, and therefore demands that each room contain two beds and two patients. When a twist of fate lands him in his own hospital, he’s stuck sharing a room with worldly, wise and good-natured Carter Chambers (Morgan Freeman). Both men are dying of cancer, and the doctors give each of them only a few months left to live.

The two slowly but surely realize how much they enjoy each other’s company, so when Carter begins writing a “bucket list”, Jack prompts him to see it through. The “bucket list” is a list of all the things both Edward and Carter would like to accomplish in their remaining months and with Cole’s wealth, the two end up touring the world, skydiving and race-car driving. As their list of goals begins to come to an end, they realize how much they’ve truly lived just in the last few months alone, and how much their short friendship has impacted their lives.