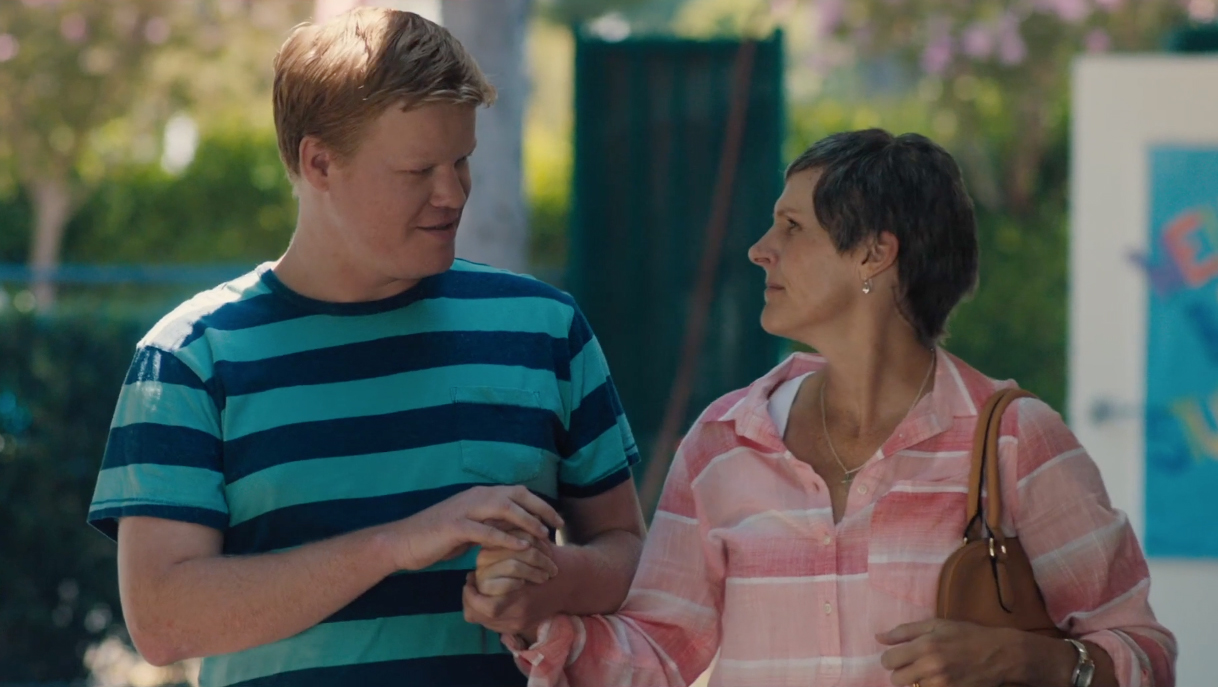 David (Plemons), a gay comedy writer struggling in NYC, has just broken up with his boyfriend when he moves back home to Sacramento to take care of his dying mother. His conservative father still hasn’t accepted him, but he is close to his mother (Shannon) and gets support from his 2 younger sisters.

A discussion with an old friend brings wisdom and life. A balance of emotional, poignant, and humorous, this film examines the mother-son bond and end-of-life difficulties during the last year of the mother’s life. Reviews include “whip-smart writing and a tremendous cast” and “powerfully fragile performance” and the director “shows some strong instincts in upending our expectations”.