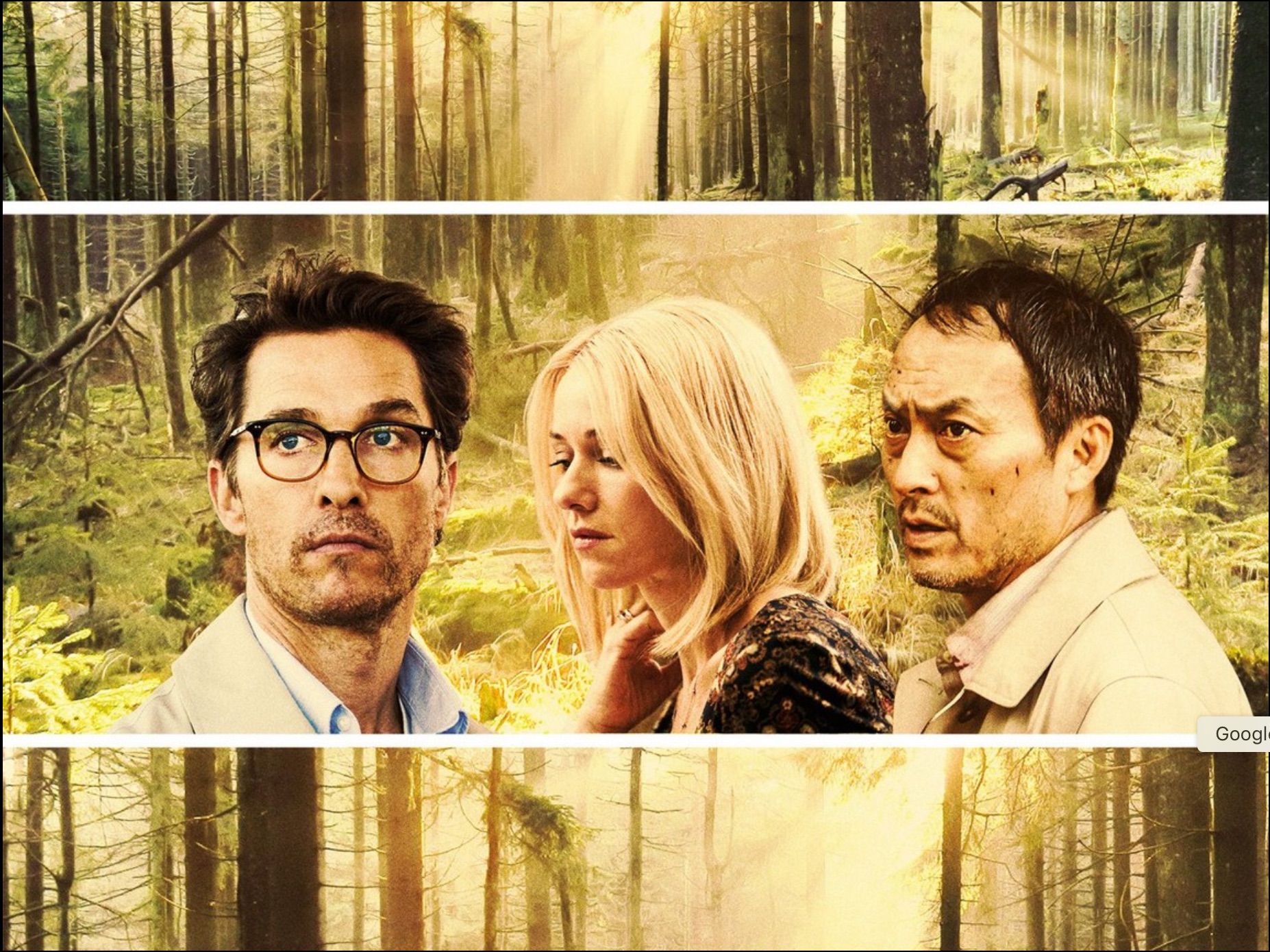 After his wife (Watts) dies, Arthur Brennan (McConaughy) treks to the base of Mt Fuji to Aokigahara, known as “The Sea of Trees” and “The Suicide Forest”.

In the dense forest, he meets Takumi Nakamura (Watanabe) who went for the same purpose and got lost.

As they travel through the woods, they bond in a journey of reflection and survival, which re-ignites Arthur’s will to live and his love for his wife.

Sliding scale donation at the door.

Home-made savory foods and desserts for sale at the event. Come early to enjoy them! Doors open at 6pm.