Into The Marvelous – An Afternoon With Martin Shaw 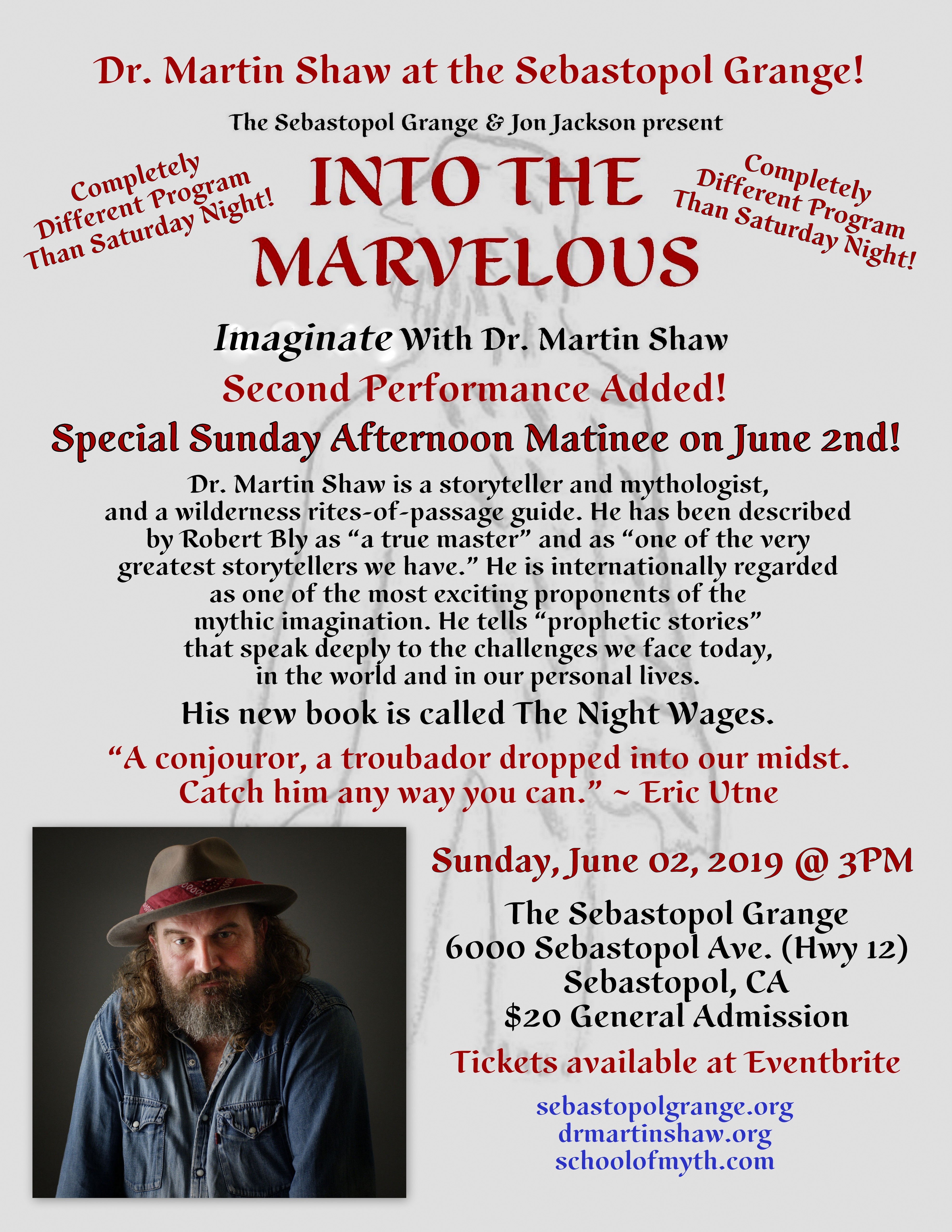 “A conjurour, a troubadour dropped in our midst. Catch him any way you can.” ~ Eric Utne, Founder, The Utne Reader

Dr. Martin Shaw is a storyteller and mythologist, and a wilderness rites-of-passage guide. He has been described by Robert Bly as “a true master” and as “one of the very greatest storytellers we have.” He is internationally regarded as one of the most exciting new proponents of the mythic imagination. His work has been described as “visceral and imaginative”…finding “wildness in both language and landscape, using myth, philosophy and poetic leaps as a crossroads between the two.”

Martin Shaw is one of the country’s best-loved storytellers and the leading teacher of myth of his generation. In troubled times it can be easy to fall into either despair or numbness, and it was a traditional role of the storyteller to rouse awareness of beauty and vocation in such moments. To attend to the grace. In this electrifying afternoon, Shaw will be bringing myths that remind us of love, grief, and the mysteries. To provoke our humanity. He will also be talking about his new book, The Night Wages, a rumination on the vitality of ancient stories in modern times.