Inside the Earth Presentation with geologist, Dr. Jane Nielson 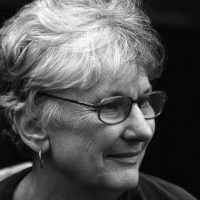 What makes the Earth work, and how do we know that our modern concepts are completely factual? California’s earthquakes and thermal springs, such as occur locally in Sonoma County, were the focuses of scientific studies that helped to resolve those questions. Geology combined with physics (Geophysics) developed inventions for detecting earthquake waves, thermal variations, and density differences that together revealed the Earth’s internal structure and compositional differences—and eventually confirmed the processes that created and still modify oceans and continents. This talk will describe the signal discoveries that led to worldwide acceptance of mobile Earth (Plate Tectonics) concepts. This is the second in a series of three talks Dr. Nielson is presenting this spring. The last one will be “From Earth to the Moon and Back Again” on April 26.

Jane Nielson has three degrees in geology, including MS in Geochemistry from The University of Michigan and Ph.D. in Geology from Stanford University, and is a California Licensed Professional Geologist (PG). Dr. Nielson worked 18 years for the U.S. Geological Survey as a field and research geologist, and taught undergraduate geology courses at Northern Arizona University, Flagstaff AZ; California State University, Hayward; and Pomona College, Claremont CA. After retiring from USGS, she moved to Sonoma County in 1999, and in 2003 was a co-founder of the Sebastopol Water Information Group and the Sonoma County Water Coalition. She also serves on the board of directors for Sonoma County Conservation Action and the O.W.L. (Open-Space, Water, and Land Conservation) Foundation. She is co-author of The American West at Risk: Science, Myths, and Politics of Land Abuse and Recovery, published by Oxford University Press in 2008.