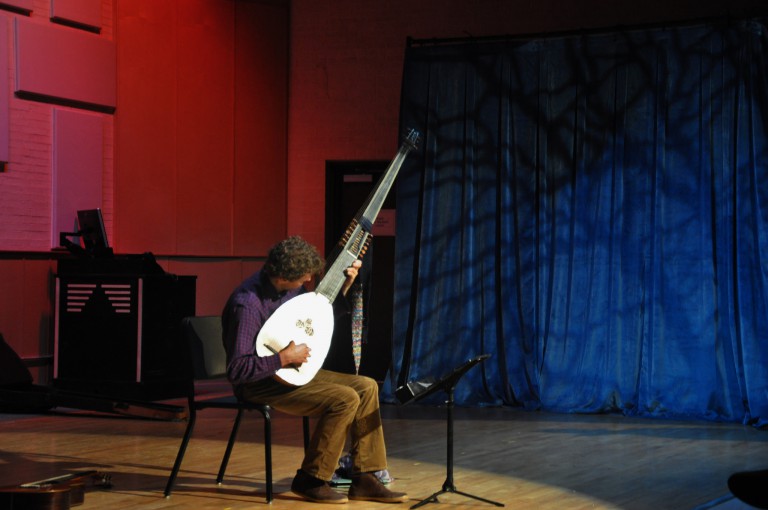 Baroque Lute Music by Sylvius Leopold Weiss (1687-1750), Organ & Choral Music by Arvo Pärt (b. 1935), Fingerstyle Blues Music by Stefan Grossman (b. 1945) in new arrangements for electric guitar by Dominic Schaner. The Night Mists Came Rising explores the tombeau [tomb], tintinnabulum [bell], and 12 bar blues compositional forms in an evening of music & poetry.
Your absence has gone through me
Like thread through a needle.
Everything I do is stitched with its color.
-W.S. Merwin

Lutenist, musicologist and composer Dominic Schaner grew up on a small family farm in rural California. Here, in this infinite expanse of nature, he was introduced to music at a young age. During his following musical life, Dominic has given concerts as both a solo & ensemble musician throughout North America and in Europe. Dominic lives in West Sonoma County where he curates radio shows for kows 92.5fm, collects private press records & forages for mushrooms around his home in the forest. An advocate for those forgotten & silenced by society, Dominic directs arkestras & explores restorative practices with at-risk populations. [dominic-schaner.bandcamp.com]