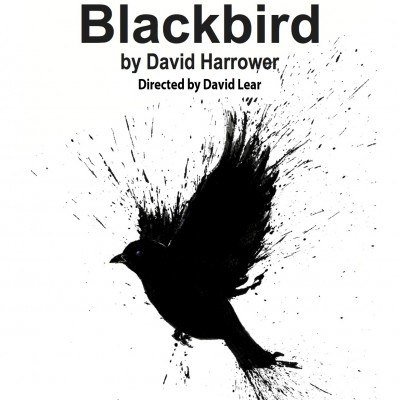 A no-holds-barred drama reminiscent of Nabokov’s “Lolita” and the works of Harold Pinter, “Blackbird” takes place over the course of one evening in the back room of an industrial warehouse. Late one evening, as Ray goes about his job in a life he has newly rebuilt for himself, in barges Una, a young woman to whom he has not spoken since the end of their affair more than a dozen years earlier. As Una and Ray bitterly and violently clash over the nature of their earlier relationship, their all-consuming need to understand the events of their past leads to an overwhelming and at times shocking demonstration of how far they will go to find the truth. A compassionate portrait of a very human pair of souls locked in a relationship that blurs the lines between lust, love, and something far more sinister, “Blackbird” has been hailed as a work that “has the potency of a 21st century “Oleanna” (“Time Out London”) and is “raw and passionate. . . (play) that will burn deeply into your memory” (“The London Times”).