Best of the Fest – The Cinema Travellers 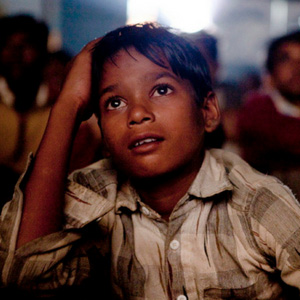 As the harvest arrives in rural India, it also heralds the season of cinema. The fields lie bare, and the villagers gather breathless, anticipating the cinema lorries that have brought them the magic of the movies for seven decades. Riding one such lorry with a cinema projector and film reels in its belly, is a benevolent showman. His village embraced his touring cinema for 40 years but is now tuning in to television, leaving him to make a crucial decision about the fate of his peeling lorry. Many villages away, a shrewd showman, is striving to become the best in the business. Only, a green behemoth slows him down- his crumbling cinema projector. Away from the bustle, a wisened 70 year-old projector mechanic toils away to single handedly repair all the cinema projectors of foreign make that wound up in rural India. He waits to find a customer even as the murmurs of digital technology grow louder in the touring cinemas. Seven decades ago, touring cinemas plying dirt roads in rural India brought them the magic of the movies in the wondrous darkness of a cinema tent. Today, even as they are burdened by the march of time and technology, can the three keepers keep the last touring cinemas of the world running?